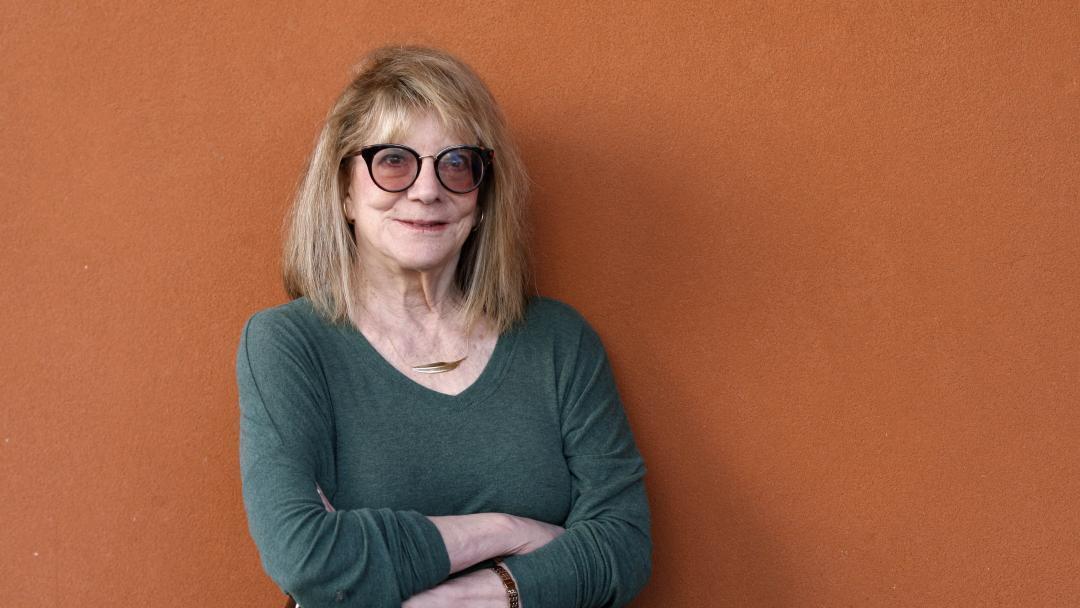 Elizabeth F. Loftus, distinguished professor of psychological science and criminology, law and society, has been named this year’s recipient of the Suppes Prize by the American Philosophical Society. And, she is donating the $20,000 award to the School of Social Ecology, where she has been employed for 18 years.

Honored by the award, especially because it was endowed by her dissertation advisor, the late Patrick Suppes, Loftus says she wants the school to use the funds to create a festive event that would bring a noted speaker to campus to share knowledge and interact with faculty, students and the community.

“I’ve been thinking for a long time that I’d like to start a speaker series,” she says. “This prize is a step toward that vision.”

The prize will be awarded in November at the society’s annual meeting in Philadelphia.

"We congratulate Professor Loftus on her Suppes Prize. Her accomplishments are astonishing and this recognition is well deserved," Dean Nancy Guerra says. "We are very grateful to be the recipients of her generous gift and are excited to start planning an Elizabeth Loftus Speaker Series."

Loftus, dubbed the memory doctor in the award-winning Slate feature about her, has been studying false memories for five decades.

Loftus earned her Ph.D. from Stanford University in 1970, at a time when it was thought that simply asking people questions about an event would trigger the answers. But, she was finding that questions could trick people into wrong answers, and could even create false memories. She would go on to conduct hundreds of studies showing how people develop memories of things that never happened.

“Thanks to her ingenuity and persistence, the witch hunts of the recovered-memory era subsided,” William Saletan writes in the Slate article. “I was shaken, as others have been, by her research on memory's fallibility.”

Saletan tells her story from the beginning:

Beth Fishman, the girl who would become Elizabeth Loftus, was born in October 1944. She grew up in Bel Air, Calif., the daughter of a Santa Monica doctor. When she was 6, a babysitter molested her. …

When Beth was 14, her mother drowned in a swimming pool. …

Two years after she lost her mother, Beth lost her home. A brush fire destroyed her house. …

A weaker girl might have crumbled under these losses. But Beth pressed on. She became a workaholic and obsessive achiever. She threw herself into math, the one subject she could get her father to talk about. Then, as an undergraduate at UCLA, she discovered something more captivating: the study of the mind. ...

In 1966, she entered Stanford's graduate program in mathematical psychology. … She was the only woman admitted to the program that year. …

In her second year at Stanford, she was assigned to mentor an incoming student. She married him instead. On June 30, 1968, she became Elizabeth Loftus. She thought she had found the love of her life. ... But then she fell in love again. Not with a person, but with a field of study: memory.

Loftus is renowned for her groundbreaking work in the malleability of human memory. Her groundbreaking work is on the “misinformation effect” – in which the memories of eyewitnesses are altered by exposure to incorrect information about events. She has proven that memories can be implanted or manipulated by things we are told: facts, ideas, suggestions and other post-event information. Based on more than 350 U.S. prisoners freed after DNA analysis, the most common reason for wrongful conviction is faulty eyewitness testimony.

Because of her work over the past 50 years, Loftus, who is the recipient of the international John Maddox Prize for courage in promoting science and evidence in a matter of public interest, has become one of the  most influential and most controversial psychologists ever.

She got involved in her first court case in 1973, when she was a faculty member at the University of Washington. She volunteered as a memory expert on a Seatle murder trial that hinged on conflicting memories over how much time had elapsed for premeditation. The defendant was acquitted.

Soon defense lawyers nationwide started calling her and she has testified in or provided counsel for hundreds of cases, including the McMartin preschool molestation case, the trials of Harvey Weinstein, Oliver North, Ted Bundy, O.J. Simpson, the Menendez brothers, the officers accused in the Rodney King beating, Michael Jackson, Martha Stewart, Scooter Libby and the Duke University Lacrosse players. She recently was called to testify in the murder trial of multimillionaire New York real estate heir Robert Durst, which has been postponed over fears of the transmission of COVID-19.

Testifying on such high-profile and controversial cases has brought on a good deal of antagonism in the form of insults, death threats, hate mail and lawsuits. She’s even been disinvited to speak at a conference. But, she endures and plans to continue to stand up for science.

Like she wrote in a Psychology Today essay in 2003: “I've discovered some difficult truths: namely that memory can be changed, inextricably altered, and that what we think we know, what we believe with all our hearts, is not necessarily the truth.”

From her 2017 autobiography, “Eavesdropping on Memory”:

One of the things I'm most pleased to see is how the public understanding about memory has changed, perhaps in part due to the scientific work that I and others have published and publicized. The common understanding that memory is often not reliable has permeated our culture in important ways. Judges who were once resistant to admitting expert testimony from memory scientists into court cases are now more willing to do so. Methods for gathering memory evidence in legal cases have changed, embracing reforms that can lead to greater accuracy. Psychotherapists have become more aware of problematic techniques that can lead their patients into false memories that wreak havoc on the lives of patients and those around them. … Of course, there is still much educating to do.

Her other honors and awards, including seven honorary doctorates, are numerous. The following is a partial list:

Among Loftus’ research projects are studies on fake news.

With collaborators in the Netherlands, Loftus recently published a study showing that people who are high on cannabis are more likely to form false memories, in which they wrongly "remember" information that they never actually learned or recall bits of events that never happened.

This is important, Loftus says, because “it educates scientists about an additional factor that is able to lead to the false memory effect. There are also practical implications for the police and others who do investigations of crimes and accidents and are confronted by people possibly under the influence of cannabis.”

Another study involves planting false information in the minds of Irish voters. That research, a collaboration between several psychologists at UCI and two in Ireland, was published in August in Psychological Science. It concluded that voters may form false memories after seeing fabricated news stories, especially if those stories align with their political beliefs. Though conducted in the week preceding the 2018 referendum on legalizing abortion in Ireland, the research suggest that fake news is likely to have similar effects in other political contexts, including the U.S. presidential race in 2020.

“People will act on their fake memories, and it is often hard to convince them that fake news is fake,” Loftus says. “With the growing ability to make news incredibly convincing, how are we going to help people avoid being misled?”

Loftus gave a riveting TED Talk in 2013, explaining how memories might not be what they seem – and how implanted memories can have real-life repercussions. The talk has been viewed nearly 5 million times. 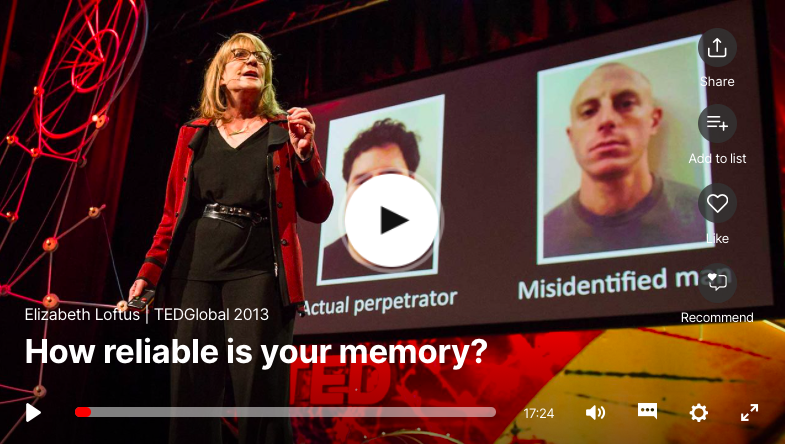