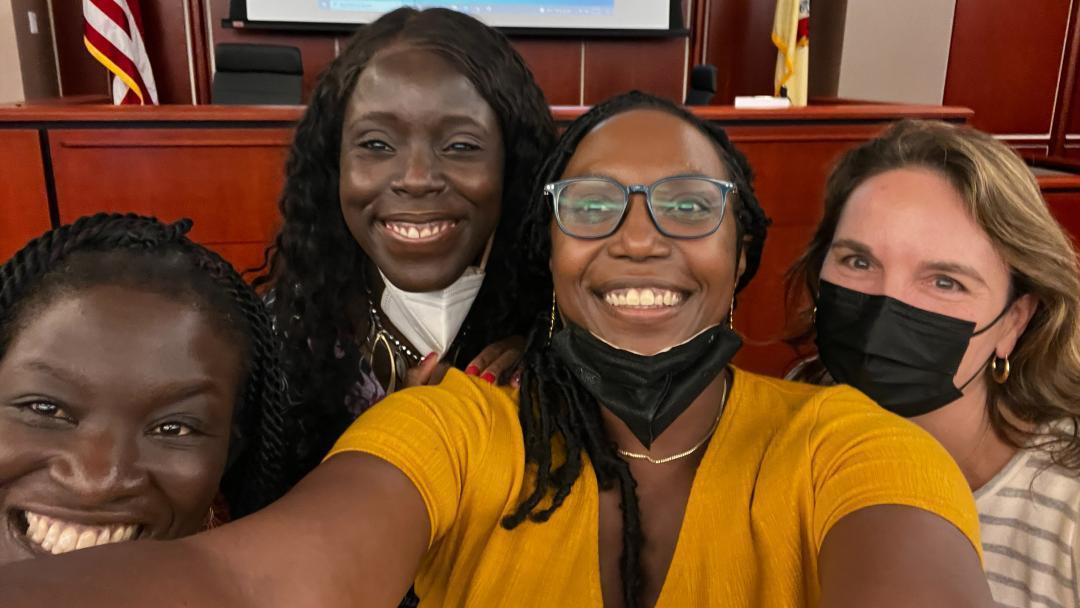 Charis Kubrin, professor of criminology, law and society, discussed the importance of conducting racial justice research as a panelist at the recent Racial Democracy, Crime and Justice Network Meeting at Rutgers.

She and the other panelists were asked to respond to a series of questions. These were Kubrin's responses.

How does activism manifest in your work?

Activism, to me, means doing policy-relevant research that helps to make a difference in this world — for the better.
Three areas of my research, which appear unrelated but share one thing in common, all have a substantial gap between public perception and empirical reality; that is, a gap between what people think they know on the issue and what we actually know from research as “social fact”:

My work in these areas is seen as controversial because empirical findings challenge peoples’ underlying assumptions, whether about immigrants, criminal justice reform, or rappers/rap music. Empirical findings often go against what people perceive to be “common sense” knowledge about these topics/issues. Couple that with systemic racism and…

Did you intentionally become an activist or was your activism birthed from your research?

Looking back on the research I’ve done over the years, I guess I’ve always had a passion for myth-busting when public perception and empirical reality don’t align.
In all three areas, I have a standard approach I take to try and make my work have an impact:

A maxim I’ve learned: Opportunity begets opportunity. Op-eds I have written have led to invitations to give academic and non-academic talks, which have led to invitations to testify before congress. At the same time, it’s important to recognize your strengths and weaknesses and what you like and dislike about dissemination: I enjoy doing podcasts, speaking with the media, and giving presentations but I am less adept at using Twitter and other social media mediums.

Is activism our responsibility? Is balance between activism and research a myth? In other words, how do you define “balance” and is it achievable?

I am lucky to be at a public institution that values policy-relevant research and the kinds of outreach efforts we are discussing here today. Indeed, the motto of UCI’s School of Social Ecology is Science Driving Solutions. The minute I got to UCI, I sought out folks working in development, communications, and engagement to see what infrastructure and support exists for those of us who want to share our research findings, controversial though they may be.

For more junior folks, seek out role models in your department or school that can mentor you and help you navigate any rough waters you may encounter. Not to discourage junior faculty but of course getting tenure matters greatly! For those in tenure track positions, your first and foremost goal is to GET TENURE, which means you should be spending the bulk of your time and energy publishing high quality research. The majority of my translational work has been done post tenure.

How has your activism caused you harm?

If someone tells you they aren’t bothered by negative feedback, don’t believe them. It’s a hard pill to swallow and not fun, and I’ve received plenty of it (go read the comments on my TEDx talk about rap on trial; I’ve been called out in very public ways by criminal justice officials for my work on criminal justice reform; the hate emails I get about my work on immigration are often breathtaking). But here are some helpful tips:

Consider the nature of the negative feedback — is it lacking substance and completely disrespectful or does it come from a place of disagreement but wanting to debate and/or understand?  If the former, ignore; if the latter, engage — you may learn something! I often seek out the latter if only to better understand the limitations of my own thinking/approach and to remind myself people’s perceptions are shaped by MANY sources, not just (my) research! Many have “data” that may inform the issue and your thinking. In short, leave your “echo chamber”

Depending on the source, don’t read or engage with public comments — I thought initially I could get useful comments from my TedX talk, but I quickly realized those were like a needle in a haystack so I stopped. Our time is valuable so engaging in that way is simply not a good use of your time.

Remember your purpose, your North Star: the research. Share your findings, even if the response is not pleasant! The attacks are often not about you but about the research, so try not to take things personally.